Before ICWise studied from the world‘s top five equipment companies in China‘s sales data to analyze the investment of Chinese semiconductors, through the data analysis Chinese mainland local manufacturers of semiconductor equipment procurement accounted for only 9% of the world! This does not match the demand of China‘s rapidly rising semiconductor market for chip design. There are several reasons and facts, causing extensive discussion in the industry. Today we analyze this topic from the perspective of capacity, hoping that through accurate data, scientific analysis, professional judgment, the industry will have an accurate judgment on the real situation of China‘s manufacturing capacity. Excess capacity is a false proposition. 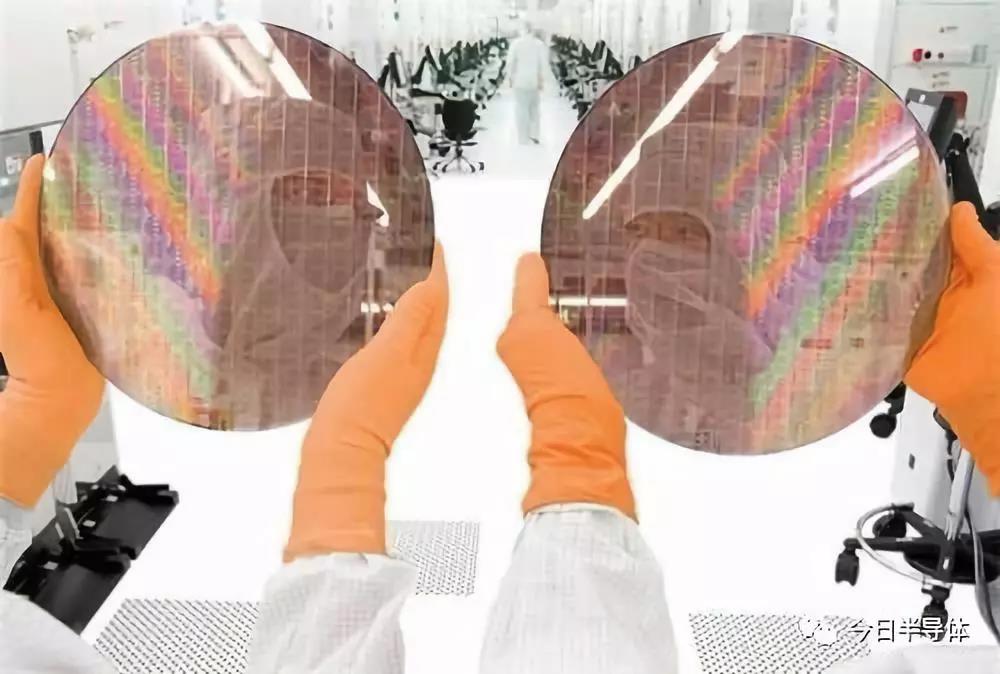 When it comes to semiconductor investment, Especially wafer manufacturing capacity, A number of leaders and experts worry that semiconductors will become the next photovoltaic and LED, equating the past panel, LED and photovoltaic industries with the semiconductor industry. Perhaps those areas of overcapacity, When the production line shut down, Let decision makers have doubts. But coremou thinks, The laws and difficulties of each industry are not the same, Can not be simply similar. (1) The law of the semiconductor industry is different from that of the panel photovoltaic industry, such as panel photovoltaic, And a wafer line doesn‘t necessarily have a product, Not even ever. Semiconductor is supported by national strategies, Become the core competitiveness of the country, It lies precisely in its unique threshold and difficulty: huge capital, continuous investment, sophisticated talent, global competition, high marketization and so on. Simply put, a semiconductor has to be two bombs and one star, There must also be the volume of rice cabbage. Not to mention the key invisible barriers of technology, talent, Just the amount of the investment, Semiconductor and solar energy are not the same order of magnitude. At present, most of the semiconductor production line in the propaganda is far from the maturity of photovoltaic, panel, Not to mention participating in a similar low-price competition-the market doesn‘t see you, How to talk about your price? (2) Despite the claim that many production lines have been built, But most of the production lines are false, and now the news counts multiple wafer lines, Many even stay in the planning, publicity; Or the money just went down, Only the stage of ripples. Some projects are “unmoving, Satellite first “,” only propaganda, do not start “,” only start, do not operate “. There‘s a lot of false propaganda, Advertising has too much moisture. The actual team, A hundred is ten; Funds actually received, Ten have none. It is these can not afford, flickering factories, simply can not form effective capacity, only to create the illusion of overcapacity.

For these production lines, We are full of worry and criticism. False investment, blind publicity, Is vulnerable to the industry‘s “prosperity” misguided, There may be “overcapacity” in the future, There is no need to build a new line. In the end, bad money drives out good, Suppresses the establishment of new production lines, And a shortage of domestic capacity, And then affect the development of the design industry, Ultimately affect the semiconductor industry and electronics industry throughout China. (iii) Even in mature production lines, If planning isn‘t right, It can also lead to the loosening of the Chinese production lines of international companies, If you only look at domestic production lines, Capacity distribution is also structural, Also according to the specific production line, specific production capacity and even specific products for detailed and in-depth analysis. Even a mature production line, Semiconductor capacity also has a “supply side “, There will also be part of the layout of overcapacity while customer demand capacity shortage of some situation. Excess is not efficient capacity, It‘s the “capacity” in the news at the end of the year, Domestic factories are already operating at high capacity, Full recovery of 8 and 12 inches. As shown in the table below, First line manufacturers SMIC, Huali Microelectronics, Huahong Hongli, Wuhan new core capacity utilization ratio of more than 90, Production capacity is very tight. In fact, it‘s not just the third quarter. In the last two years, As domestic design companies flourish, Domestic 8-inch ,12-inch technology has been strong demand. Domestic capacity is far from adequate, As a result, many domestic design companies can only go to Korea and other overseas factories “close to seek distance “. China has built many new Fab, in recent years But mostly “construction sites “, Eventually, the site could not be converted into a production line, Production line can not be converted into capacity. But these empty factories are counted intentionally or unintentionally by many data analysis agencies, And finally confused people, Also confused oneself. Just as integrated circuits are composed of “0” and “1”, in fact, the domestic manufacturing industry is also composed of “0” capacity and “1” capacity. Our semiconductor surplus is “0” capacity, the lack of “1” capacity. Many manufacturing lines, neither reliable shareholders, nor a solid team, these lines are likely to be “0”. In semiconductors, China‘s excess is not capacity, but those that can not afford it; what China lacks is not statistical propaganda capacity, but effective capacity. Failed production lines need to be analyzed one by one because of overcapacity concerns, there are a lot of local production line closure news, so that the industry, even think that no new production lines. Flowering everywhere, chaos and no rules can not be taken, because of choking waste food, complete cessation is not desirable. Just as “unhappy families have their own misfortunes “, the causes of failure need to be analyzed one by one, not necessarily due to overcapacity.

Overcapacity or not, the answer lies in the market. We suggest that the team should choose the local government with better comprehensive conditions and more strength to continue to operate; the government should support more skilled and experienced teams and locate more differentiated projects that are more needed by the market. We look forward to each other‘s careful choice, but also brave choice; to enthusiastic investment, but also to scientific development; to the right direction of enterprises to continue to support, zombie production line has the courage to break the wrist. Not because we have zombie production lines, false news to identify overcapacity, rather than building new production lines.

At the same time, we suggest that the government and the team should establish a corresponding accountability system so that “who introduces, who follows up; who promises, who delivers; who manages, who is responsible “. Related control measures are absolutely necessary, even strict control, but also can not be one-size-fits-all. It is necessary to strictly control the construction of industrial production lines without strength, but also to increase support for the development of excellent industrial production lines, strictly control “0” and support “1”. Only in this way, can we really solve the problem of production capacity in the development of China‘s semiconductor industry, the demand of design companies, and the problem of the safety and development of China‘s industrial chain!